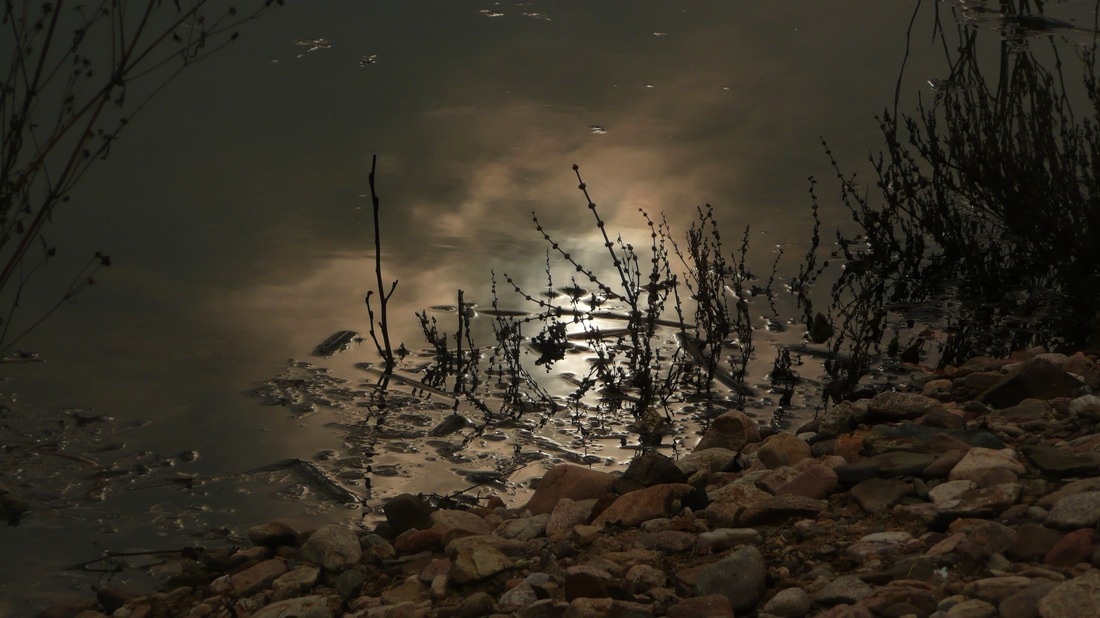 It happened a long time ago, when I was still taller than all the boys in my class. Back then, everyone called me Bossy-Pants Jo, even the teachers. Back then, when it was just Dad, Mum, and me living in the Victorian house with the pond in the backyard. Back then, we held all my birthday parties at home, though I don’t think any of my classmates came because they wanted to. Back then, I may have been popular, but I had few friends.
So I didn’t have sleepovers, or weekends out at pals houses. I read instead. Fantasy, adventure, ghost stories, anything I could get my hands on, really; but most of all I read fairytales. Not just the Brothers Grimm or Hans Cristian Anderson ones we read in English class; my fairytales were bound in all colours of the rainbow. Brownies and Goblins, Kelpies and Elves, Faeries and Changelings, Tam Lin, Mr. Fox, and Thomas the Rhymer; I had no fear of monsters under my bed, as these were the only things that infiltrated my dreams.
It is because of this that I sometimes doubt what happened. Perhaps I imagined it, as children are prone to do. But I am a child no longer, and still the memory clings to me like dew does to a cobweb.
I had decided to take the long way home that day. I had pebbles from a long-ago holiday that I had took to school for show-and-tell, and I was trying to juggle with them. By the time I noticed the fog in our back garden I already was quite enveloped by it. I remember fearing I would fall into the pond if I walked any further.
What happened next I can remember as clearly as if it was happening before my very own eyes at this very moment:

He appears quite suddenly.
“Well, I thought you was a fae for a moment there,” he says. I cannot see him, until I can: a slender figure clad in a suit and tie, the sort Dad wears to the theatre. I cannot see his face, looming over me, until I can: milky skin, almost translucent, wet like autumn leaves. His dark hair glistens and writhes like seaweed does in aquariums.
“Your head’s on fire, lass. Better put it out.” He reaches out pale fingers to touch, and I pull away.
“That’s my hair,” I say, offended, trying to shield it from him. My scalp feels damp, even though he didn’t quite manage to touch it.
“That I know, that I know,” he laughs. “I was but jesting.”
He looks me over, almost hungrily. His eyes are liquid black and bottomless like two deep wells. “You be a bold one.”
“I’m bossy,” I say. “Now you know to leave me alone.”
He laughs more at that. “Wise one, foolish one. Your Ma and Da never tell you to stay away from strangers? Why don’t you tell me your name as well?”
“Never tell your name to fairy folk.” I say, trying to move, but my legs feel like they’re stuck in quicksand.
His face contorts like putty. “Fairy folk? Whoever says I was one of them? You should know better, Josephine Gladwell. Seeing as you be what you are.”
My heart jolts at hearing my name twisted by his pale lips. I glance down, and poking out of his trousers, distorted by the rippling fog, are two dull, black stumps.
Hooves.
I turn to run.
“No, Bossy-Pants Jo,” the Kelpie tsks. He grabs me by my plait and my scalp stings as I try to wrench free. “We all been a-watching you since you were but a wee bairn. What makes you think you can run now?” He tugs, hard, and I try not to call out.
“What do you want?” I say, gritting my teeth.
Be bold, be bold.
“Not much. Not much at all. Your hand in marriage, perhaps. Or maybe less than that, even. Friendship. Your true parents would approve.” He grins, and I see a row of teeth, sharp as knives, glistening like fish scales.
Mum and Dad, I remember. They must be worried by now. Would they think to look in the garden before they called the school?
Be bold, be bold, but not too bold.
“Take pity on a lonely soul,” he murmurs, kneeling, drawing nearer, hands still tangled in my hair. I shiver. “Come with me. I ken you all your life, wee Jo. Surely you be tired of that world by now?”
Be bold, be bold, but not too bold, lest your heart’s blood should run cold.
For a moment, it feels like drowning.
I taste blood on my tongue.
Red, and green, and black. Black eyes, black hair, black suit, black tie--
I grab it and pull, and he lurches, drawing back his hands to steady himself, spluttering, “Don’t you dare—”
I tug the other way. The knot catches, but then it gives way, and the fabric loosens, and he screams a blood-curdling screech, and the fog curls and shifts. I cannot be certain for sure, but I think I see a black mane, as soggy as the water weeds, before it is swallowed up by the fog; I hold on to the tie for dear life, though it feels less like a tie with every passing second, and everything twists around me, dancing before my eyes until I squeeze them shut--

They say they found me in the pond, clutching a—was it a belt?—A bridle, a neighbor had said. Whatever it was, it was not fit for a young girl to have and they had no idea where I had got such a thing—but it was no matter. No one would punish me for stealing when I had nearly drowned. I asked about my pebbles, but no one had seen them, and I wasn’t going to search the pond for them. Let him have them. Let him carry them for life, if he lives still.
I was sick after that, and my parents fretted for days, feeding me Calpol and mopping my brow. Later, people asked me what happened, why such a sensible girl had been playing in the pond, and I had no answer but a smile and a shrug. I changed schools, and was finally rid of the name Bossy-Pants Jo for good. We moved not long after that, into a semi-detached house with a tiny garden and no bodies of water in sight.
Not that that stopped them from coming. But those are other stories, for some other time.