MODERN VIKINGS: IN SWEDEN, “GODDAG”!
What I saw during my five-weeks stay with a local family in Stockholm, Sweden
words & photos by Jess Huang 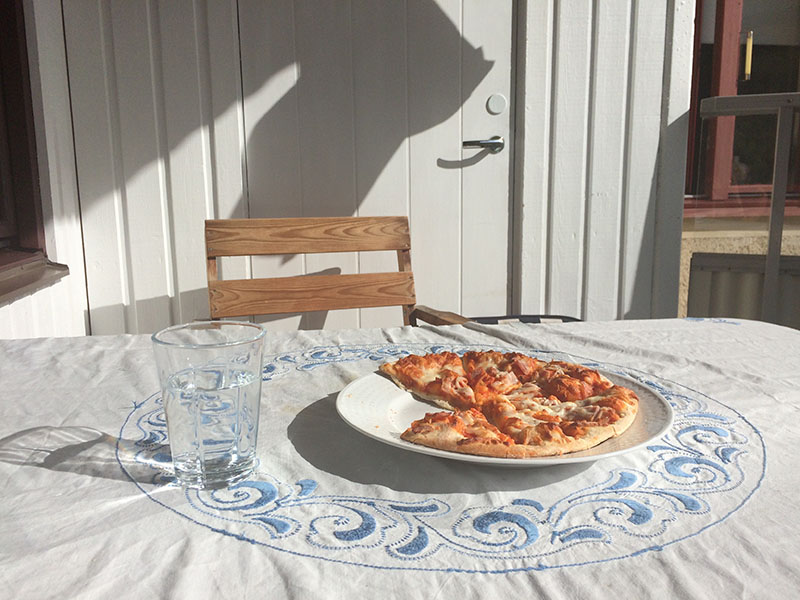 To hide from the burning heat of the tropical weather in Taiwan, last summer I fled to the very north end of the Earth and spent the summer with my friend, Gustav, and his family in the breathtaking city of Stockholm, Sweden, where I found myself falling in love with it 10 minutes after I landed.

The streets in Stockholm are neat and simple but still a royal splendour. As the capital of  the nation, not-too-tall buildings are standing in the city. Citizens prefer dwelling in apartments surrounded by lawns, sunlight and water.

Gustav’s family owns a beautiful house in downtown Stockholm and three summerhouses in suburban areas. In Asia, we might call them super-rich; yet in Sweden, almost every family owns a summerhouse for summer getaways.

When it comes to Sweden, IKEA is the thing that will comes to mind immediately. Their meatballs and mashed potatoes are famous in Taiwan. However one evening, when I was at the dining table with Gustav’s family, I told his mother, “It’s popular in Taiwan that young people enjoy meatballs at IKEA.” She laughed with a grimace and said, “Swedish people usually don't eat at IKEA. The food there is no good.”

In Sweden, potatoes and cheese are our “BFFs”. Sometimes potatoes are baked. Sometimes they are fried, while most of the time they are boiled. Unlike in Asia, potatoes are Swedish people’s main staple food, while cheese, another common food on our dining table, often comes with baguette and wine. They taste so good  that I often stuffed my face with them.

However, what impressed me most about the Swedes is their nearly perfect English. Ragnar, another Swedish friend, once told me proudly, “Many people thought I was American when they heard me speaking English.” Indeed, I could barely tell the difference in their accents from the English native speakers’, and I felt at ease chatting with Gustav’s family and friends even though I knew nothing but “hej” (“hello”) and “tack” (“thanks”) in Swedish. Besides, Swedish people are required to learn a second language, mainly Spanish or French, since middle school.

I also noticed that Swedish people are quite knowledgeable. They not only have good understanding of knowledge from textbooks, but also have a wide worldview in regards to science, economics, history and culture. When I went sightseeing in Stockholm, I sort of understood why. On the top 10 must-go list of sightseeing places in Stockholm, half of them are museums. What's so great about museums in Sweden is that they not only have outside beauty but also connect to their distinct culture and history, bringing us back to the time before Sweden’s industrialization and even a little farther—the Viking age.

Visitors in Swedish museums, as I reckoned, usually more experience the visit as “having fun” rather than “learning”. Skansen Museum, for example, is the first “open-air” museum and zoo with well-preserved old houses dating back 5 centuries. It also contains landscapes from that time and even living animals! Even now, I can still vividly picture that tame and little moose wearing the Swedish Folk Dress that I patted. And of course, all kinds of museums are all free for their citizens. It’s Sweden!

Yet, the most exciting part of the whole stay was the trip to Gustav’s summer house. Hopping into the car, I was told that the one we were going to spend the weekend at was in Muskö. After a 1.5-hours drive, I found myself somewhere surrounded by woods, sun and sea.

The summer house was composed of three cabins that were painted with a traditional special red color called “falu rödfärg,” which is similar to burgundy (actually 95% of the Swedish summerhouses are painted with the same color). On every summerhouse stands a shining blue and yellow Swedish flag, expressing pride of their country. Stepping into the house, I thought I was in the display area of IKEA, misled by their equally anthetic indoor design.

That afternoon, Gustav and I picked sugar peas in his mom’s greenhouse and helped prepare dinner while his dad barbecued pork chops in the backyard. We didn't forget to pick those wild blueberries and lingonberries that grown everywhere as if they were scattered from the sky. In the evening, Gustav’s family and I took an open-air hot bath together in the backyard and drank champagne.

The next day, our neighbour invited us for lunch on the other small islands and offered us the most exciting ride on his boat. We played golf together afterwards. For me, the summerhouse-weekend was too much like living in a fairy tale.

During my 5-week-stay in Sweden, I found the essence of the huge success of this country lies in their happiness. They're proud to be Swedish and they love their country, a lot. Those five weeks have changed me into a big fan of Sweden.