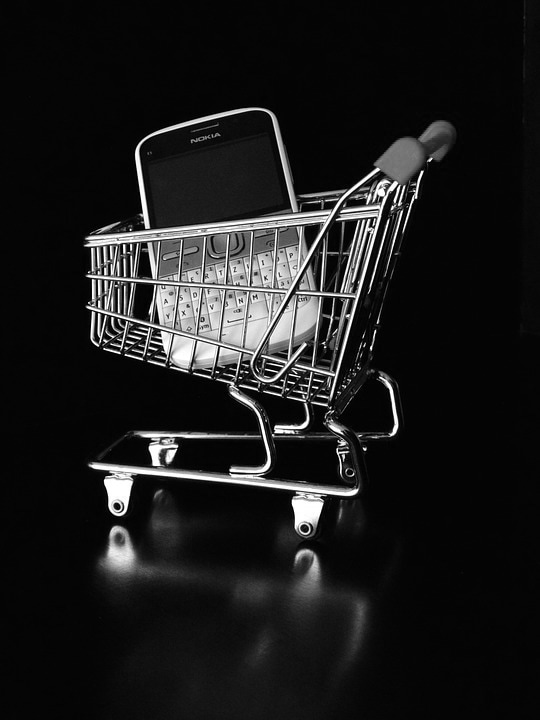 First adopted in 2009 by Taobao, Alibaba, the “Single’s Day Events”, which used to stimulate a massive online shopping sale under the title of “a chance to celebrate for the singletons” has now become the biggest festival for online shopping customers. This year, Alibaba has beaten its sales record, closing the sale at 121 billion yuan (around 600 billion TWD), an increase of 32% from last year's sales which were 14.3 billion yuan (around 70 billion TWD). No doubt the “Single’s Day Event” is regarded as a day dedicated to shopping now. However, this fever is not just confined to in Mainland China. Now, Taiwan has gradually started to adopt this new way of online shopping under the influence of Alibaba. According to Taiwan Institute for Information Industry, sales are estimated to increase 10% this year.

Taobao, the famous Chinese online shopping website, was established by Ma Yun, the founder of E-commerce giant Alibaba in 2003. At the start of the business, the company suffered from the inconvenience of online payment. In 2004, when Alipay, the third-party online payment platform was introduced by Alibaba as a new way of money transfer, Taobao started to boom in the area of online shopping. In 2005, Taobao beat eBay and Yahoo, becoming the biggest online shopping platform in Asia. Now, Taobao has become an essential part of Chinese daily life with some 800 million product lines and 50 million visitors a day.

Although the phenomenon of shopping on Taobao is already quite common in China, Taiwan is still at the early stage of this new way of online shopping. Taobao did not officially enter the Taiwan market until 2010, and in 2015, Alipay finally could be used in Taiwan with the cooperation of E. Sun Commercial Bank. It seems that Taobao has already become very popular in Taiwan. According to the official statistics of Alibaba in 2015, the company has reached annual sales of 500 million TWD over the last five years, along with more than 500 thousand new users each year. Followers on Taobao’s Facebook fan page reached 170 thousand. But, if you look around, do your friends or family members really use Taobao that often? The answer will probably be “NO.”

One junior student from the History Department of Fu Jen University complained, “This is my first time to use Taobao in order to participate in the Single’s Day event; however, it took me almost three weeks to understand how the website works.” What’s wrong with this new online shopping method? Unlike most of the Chinese users who learned to use Taobao as it developed, Taiwanese users are now picking up a totally new but well-established online payment system. One senior student from the English Department who has already had some experience using Taobao described her first user experience, “I did not know I needed to have Alipay to apply for an account on Taobao, and I failed several times when trying to confirm my Alipay account by connecting it with my credit card. Even now, I am not used to using Alipay.” If you are a Chinese reading this, well, I am sure you may feel this is unbelievable. Alipay is already a huge part of people’s lives in China. From paying for restaurants or taxis to electricity fees and credit card bills, Chinese people would agree they could not live without Alipay. However, Alipay was not introduced to Taiwan until 2015. Moreover, the Taiwanese government just released regulations on operating third-party payments in early 2016. Taiwanese people are more familiar with paying by credit cards or bank accounts, and they have little experience transferring money through the third party platform. Therefore, they often either have difficulty using this new payment system or do not trust it.

However, the unfamiliarity of the new payment form is not the only problem. In contrast to most of the Taiwanese local online shopping websites such as Books (博客來) which is  one hundred percent operated by one single company, Taboo consists of millions of online shop owners. The different concept of the websites may confuse Taiwanese users. Many students from China at Fu Jen University said that they have been asked about how to use Taobao by their Taiwanese classmates.

Another big obstacle for Taobao is delivery. When you are shopping on Taobao in China, the only thing you need to do is to click the “buy” button and enter your password for Alipay, and you will find your goods at home the next day. In addition, the delivery fee is only about 50 NTD. However, due to the Customs Act between Taiwan and Mainland China, the delivery usually takes more time and costs more. A student from the History Department said that she needs to learn to use consolidated transportation to reduce the delivery costs. The extremely simple process in China has become much more complicated in Taiwan, which also leads to potential users abandoning this new shopping method in Taiwan.

There is no denying that the current situation of this new online shopping platform in Taiwan is not as optimistic as people may have hoped. One student from the History Department said she would consider continuing to use it, but only when Taobao holds other events like the “Single’s Day” when she could buy cheaper things. However, is this really the case? On why she started to use Taobao, one Taiwanese student from the English Department said that it is because the things that she wants to buy were only available on Taobao. She would not use it if she could find it on Yahoo! Auctions, the most popular online shopping platform in Taiwan. “It is a matter of habits. After all, I have used Yahoo! Auctions for many years and I am more familiar with it.” Different from Taobao, Yahoo! Auctions has been operating in Taiwan for more than 10 years, with bank accounts and credit cards as payment means. This seems to better fit Taiwanese habits for online shopping.

Even so, Taobao seems to be preferred by many fashion Internet celebrities in Taiwan. They generously share their favorite clothes shops on Taobao. One student from the advertising department stated that her classmate who is  a fashion Internet celebrity is a “crazy fan” of Taobao. She would immediately search the clothes on Taobao when she sees some clothes she likes, and share it on her Facebook fan page.

​Many Taiwanese customers still do not seem to be ready for Taobao. The market also appears to be still in its “early adopters” stage. However, as more and more opinion leaders in Taiwan, such as some famous fashion bloggers, start to use Taobao more often, and Taobao’s online shopping system adapts to fit the locals more, we could still expect a bright future for this new method of online shopping in Taiwan.