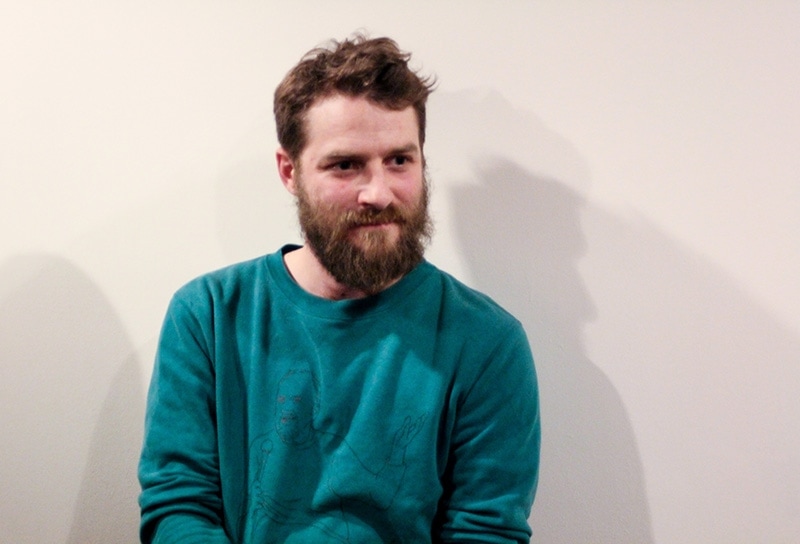 One dancer, three simple sets of properties, sixty minutes and sixty faces: David Mambouch tries to unveil the desire and love of humans under his silent mask and roving gait with the melody of Singspiele. As one of the dance programmes in the 2017 TIFA, this 60-minute-view of common life is too legendary to miss.

First shown in Paris in 2014, Singspiele tries to portray people of different races, occupations, places and cultural backgrounds of 20th century Europe. In addition to ordinary people, the dance programme is also flecked with celebrities such as Prime Minister Churchill, the French musical actress Sarah Bernhardt and the comedian Stan Laurel. Mambouch covers himself with a mask made of a photo of his own face and constantly changes clothes to symbolize shifting identities. During the show, the dancer uses deliberately arranged body gestures captured and summarized from his daily life to deliver messages revealed by the body, and thus to illustrate different faces and their expressions.

As an actor, director and screenwriter, David Mambouch actually has never had a solo dance programme before. Yet, in childhood, he followed his mother Maguy Marin, the great French choreographer as well as the choreographer of Singspiele, during her work.

In an interview on April 8, Mambouch wore a green sweater shirt with Louis C.K. printed on it. Mambouch claimed that is his favourite actor. Besides humorous, Mambouch was also quite amiable. When answering the questions, he was always wearing a boyish smile. Yet, when talking about his play, he had a lot to say.

When watching this dance, you may feel yourself walking on the street and looking at people passing by. Mambouch resonated that it was exactly what it would be like. You may find that each of the characters is so different, no matter if they are famous or just anonymous, yet you still feel like you have been each of them at some point. This is a play about body and people, inspiring you to ruminate about life, love, critics, commercialism and so on. Everyone is all strung together, becoming a solid whole rather than a bunch of fragments.

As the strong drum beats kicks off the opening, Mambouch sits on the floor in only a pair of white pants. His face is covered by a black-and-white photo of himself. Dancing to the beat, he slowly gets up and takes a pair of trousers to put on. You can’t help but follow his every movement, while in your head you start to think of your own morning when you put on clothes with your drowsy eyes trying hard to open. Mambouch is right. His play is about everyone. With his great performance, he can be anyone.

The name of the programme, Singspiele, was actually the origin inspiration for the work. Although Mambouch later found it hard to process, and thus veered the performance completely, he still kept the name. This is always a play about listening. Schubert’s Serenade is the theme music throughout the play. Mambouch points out, “That is Maguy Marin’s most used classic music in her dance programmes. Serenade is a composition that performs love and is filled with emotions, which contains the message of my dance—the relationship between people.”

However, Mambouch confessed that he was baffled when he was trying to present different people through his body gestures. “I need to perform people of different heights and ages, but I could not change my own body shape. I have to find a way,” he said. In addition, he needs to bite the mask throughout the 60-minute performance. Moreover, his vision was totally blocked by the mask. “For me, this is really a big challenge. I have to be very familiar with the position of the clothes and the acting area to finish the play.”

Nevertheless, since he could not see when encompassed by the darkness, he could feel his characters, the surroundings and the music more precisely. Mambouch enthuses, “Under this outside restraint, I’m freed inside. I feel more relaxed during the play. It feels like magic, as there is surprise everywhere.”

Without vocals, this dance show is still about listening and observing. With the classic music of Schubert and the fascinating dance by Mambouch, you are able to get a glimpse of various running scenes of many people and their different lives. Everything and everyone is connected. You finally start to sense the common love and desire of human beings.